A word from Paul

The last 3 days have been brilliant, some tough cycling but very rewarding at the end of each day. Our first day to Hope was 170km which was for the most part fairly good although the heavens opened on us with about 35km to go. Not enough to dampen our spirits though, its amazing after a hard day of physical graft, you really do appreciate the simple things in life, like a hot shower, a warm meal and a bed. I knew the second day would be tough, Carl had warned us about it and the warning was well founded. The first 70km or so to Manning Park were very tough, I'd say 50km of this was uphill. The afternoon didn't get much easier and at the end of the day, we covered 138km and we all felt like we had earned a serious dinner which we had to celebrate Carl's birthday. Oh yah I wore a new pair of cycling shorts on day 2 and realised that my old ridiculous pair of jean shorts that I have been cycling with for the past few years have no chamois left (the pad in cycling shorts that protects the import ants parts of a man's body!!). I did wear them again today but they have been officially retired from the sport today !! 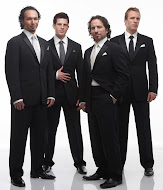